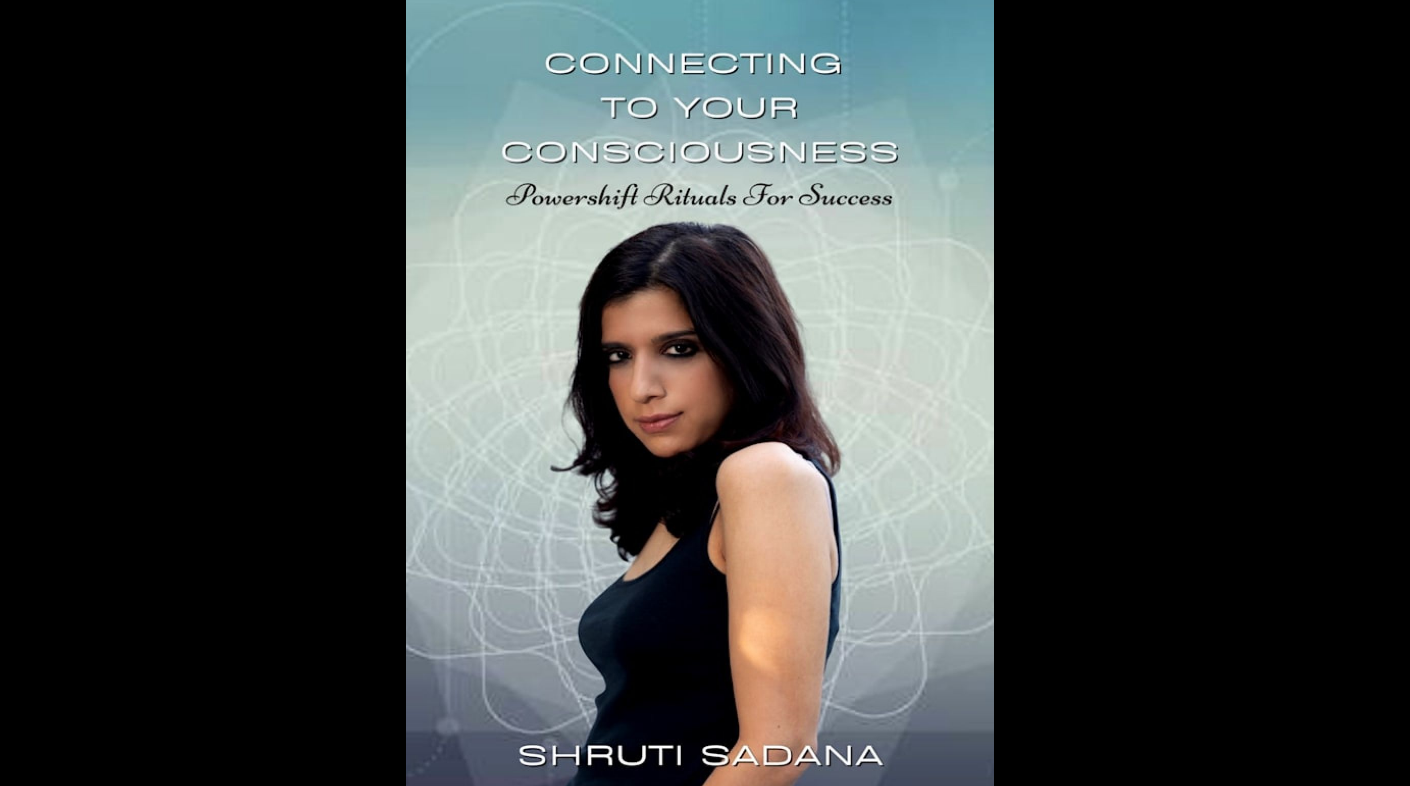 Just Fame got a chance to interview Actress, Producer and Writer Shruti Sadana in regard to her book “Connecting to Your Consciousness: Powershift Rituals for Success.“ We talked about her journey, her upcoming projects and much more!

Q. Welcome to Just Fame! Please tell us about your journey as an Actor, Producer and Writer and how you embarked on this path?

Shruti Sadana: Thank you so much! My journey to wanting to become an actor started very young. I would watch Bollywood films when I was a kid and put on a show for my family (laughs). I started getting involved in plays and taking acting classes. After college, I started auditioning more and landing roles in short films and also a supporting role in the indie film, Spoilers which was a modern day remake of The Breakfast Club. That was an incredibly exciting experience and it made me realize how much I love what I do.

As time progressed, most actors know that this is a business where there are no guarantees and it can be discouraging when you aren’t booking jobs. You can start to feel depressed or measure your self-worth based on how “successful” you are. I wanted to take a bit more charge of my own path, which led me to wanting to produce. I was really passionate about creating and having a voice. My friend, Naomi Pandolfi, came to me with the opportunity to get involved as a producer for the short film, Denim starring Jazz Jennings which was about a transgender teenager who gets outed by a bully because she uses the women’s bathroom. There was a powerful message that the director, Daryen Ru was trying to portray about acceptance and I knew that I wanted to be involved right away. My main job was mostly casting the leads, booking flights, and being on set. I had produced several photo shoots in the past for the platform Hey Beauti Magazine where we did covers with numerous celebrities: Sarah Shahi, Steve Howey, Robin Givens, Emmanuelle Chriqui and others. I fell in love with producing and the whole creative process of it. I just knew in my gut that this was a path I had to follow.

When it came to writing, I very much enjoyed it since I was younger but never expected to pursue it so when the opportunity arose to write a book, I knew I had to do it.

Q. Your new book “Connecting to Your Consciousness: Powershift Rituals for Success.” is now available on Amazon. Please tell us about your fantastic book.

Shruti Sadana: I got certified as a Quantum Master NLP Coach and Hypnotist and while I was studying, I was invited to a leadership program where our teacher, John Qreshi told us we had to write a book and we would also be sharing our personal stories. I was so terrified at first because as much as I am a public person, I am also a very private person.

However, when I was feeling hesitant, I was asked this very profound question: “If you could help anybody, who would it be?” Immediately, I had thought about victims of ‘honor killings’ and how I wish I could tell them about how as human beings, the idea of the power that lies so deep within you and how this very thought all starts within your mind.

I also share my own journey where I was bullied when I was younger, struggled with my own self-worth, and the fear of not ever making it in the entertainment industry because I was so concerned with outside voices and looking for validation that was external. When I started to learn about the mindset and how to change the negative programs of my mind, I started shifting into a new identity that began attracting the vision I had for myself. It was one of the most powerful and rewarding experiences I went through in my life.

Connecting to Your Consciousness: Powershift Rituals for Success is about letting go of the fear of failure, fear of not feeling worthy enough, and fear of rejection. It’s about rewiring your own mindset into the identity you wish to have and are capable of having and the secrets to creating the life you want to manifest which only 1% of people know.

Q. According to you, what are the three primary keys for transforming one’s mindset?

Shruti Sadana: 1. Always be willing to learn from each situation in your life and how you can do that is by constantly being in a state of awareness.

2. Gratitude is a powerful practice. When you get stuck, ask yourself in that moment what you are grateful for in your life.

3. Remember that YOU are the key and only you can unlock the door to your destiny.

Q. You are in multiple areas and professions! What motivated you to dive into these different areas?

Shruti Sadana: When you truly follow your passion, it will lead you to your purpose. For me, the areas that I work in are very purpose driven. I constantly ask myself “what is the purpose of _____?” I’m a big believer in listening to your own intuition. It’s that inner voice that is always there. That could be through signs, through gut feelings, through visions, etc. It will depend on you as an individual but believe me, we all have it and when we get in touch with that inner voice, listen to it, and follow it, your life will be brighter and more beautiful than you can imagine. Not to say that you won’t face struggles and challenges because you will, we all do but it’s about being consistent and following through with what feels most fulfilling to you. My path as an artist and creative person was something that I always knew from a very young age that I wanted to pursue.

Q. What’s next? Which book or projects are you working on now?

Shruti Sadana: I am currently working on creating concepts and developing tv series with my team at Trinity Rise. We have some really exciting projects in the works that we are pitching to major networks.

Also, I have a podcast which I am involved in called The Powershift Mindset and the show Beauti, Cocktails, and Girltalk for Hey Beauti Magazine.

Q. Finally, as we ask all our guests on Just Fame, do you have any closing thoughts that you would like to share with the world and our readers?

Shruti Sadana: Thank you so much for having me on Just Fame! It’s an honor to be on your platform. As far as closing thoughts that is just..you are the creator of your life!

Shruti Sadana is an actress, producer, television host, and Co-Founder of Hey Beauti Magazine. Her mission in life is to inspire others and to create content that holds strong humanitarian messages. She produced and cast the short film Denim starring Jazz Jennings on Amazon Prime and has multiple projects in development. Shruti has worked with and interviewed several celebrities in Hollywood including Priyanka Chopra, Megan Fox, Kelli Giddish, Sarah Shahi, and many more

Connecting to Your Consciousness: Powershift Rituals for Success is about letting go of the fear of failure, fear of rejection, and fear of not feeling worthy enough and transforming your mindset. Inside, I share my stories from my own life and guide you to the answers which you seek deep inside of you. You will begin to let go of old patterns and shift into a new identity which will change your life. You are the answer and you are the key to unlock that infinite potential inside of you to live the life you truly dream of. Shruti Sadana is an actor, producer, author and co-founder of Hey Beauti Magazine. She is also a certified Quantum NLP Master Coach and Hypnotist. Shruti received her certification from the American Board and studied under John Qreshi. Her mission is to make a difference in the world and inspire others to recognize the magic that is within them.

The book is currently available on Amazon.

In this article:actress, author, Connecting to Your Consciousness, new book, powershift rituals for success, shruti sadana