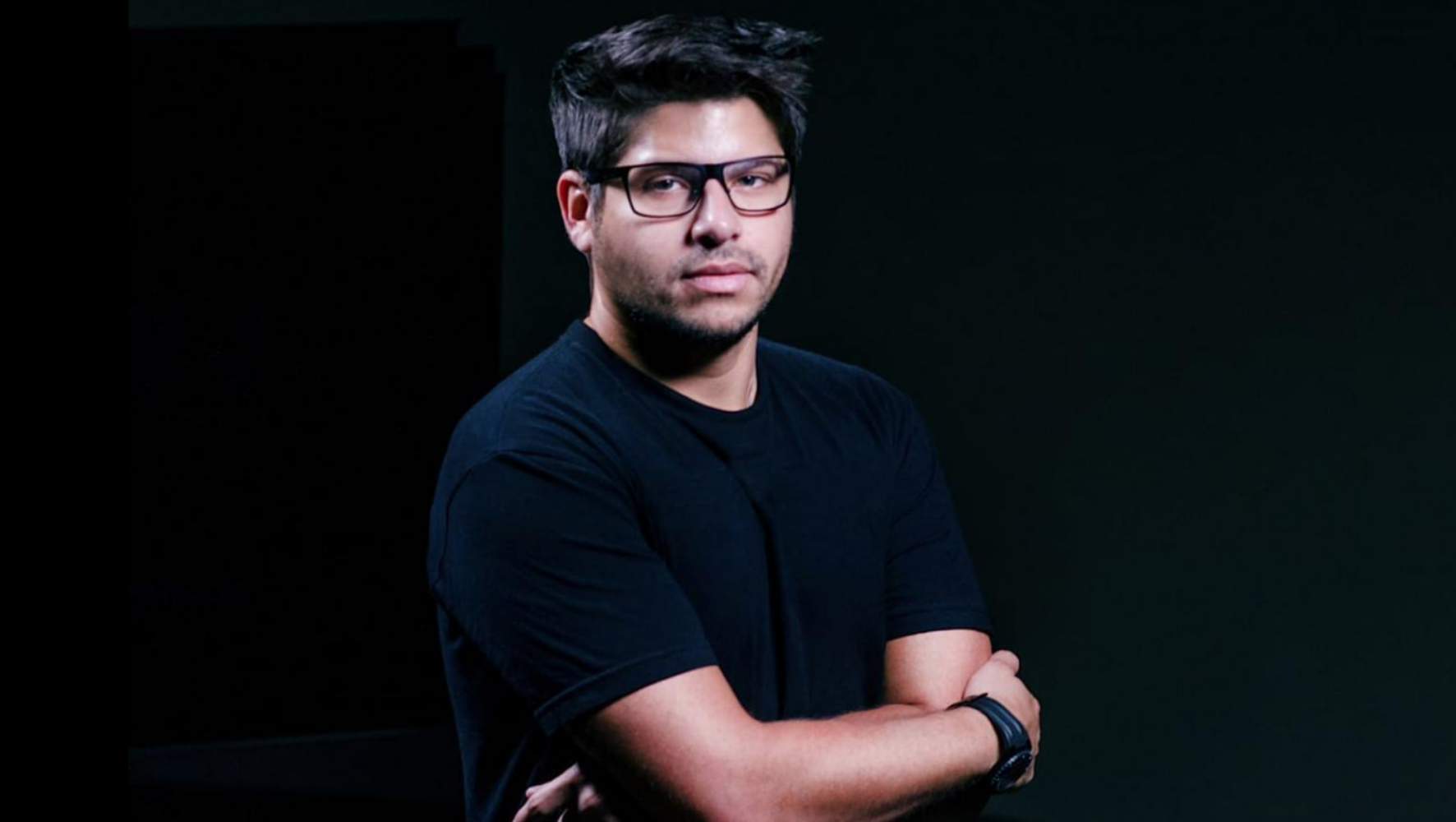 Just Fame got a chance to do a special interview with Alex Kinter who directed the award-winning short film Poolside. We talked about his new film, his source of inspiration, upcoming projects and much more!

Q. It is wonderful to have you on Just Fame. How are you doing?

Alex Kinter: Thanks for having me! I’m well thanks for asking.

Q. Well, we are amazed by your film Poolside. And we will talk about it but before that please tell us a bit about yourself.

Alex Kinter: That’s great to hear I’m glad you are enjoying it. I’m a Latino director, producer and cinematographer who was a photographer more than a decade ago with only dreams of making and directing films. I’m from Dallas, Texas and grew up here in the DFW metroplex, but originally, I was born in Cali, Colombia.

Q. What inspired you to embark on this journey to become a Film Director?

Alex Kinter: Well you could say that there was always something in me that loved pictures. From early childhood, my father would have film cameras laying around that I wasn’t allowed to touch or play with or I would get in trouble. So that only made my curiosity and creativity grow over time I suppose. I was also exposed to it by my uncle who was in commercial and documentary film production and his wife was into film photography. Then in high school, I discovered Tyler Shields work through a friend in film photography class. I was so intrigued by his style of image capturing which led me to buy my first DSLR camera.

Q. Let’s talk about Poolside. What was the creative process that you followed while you were working on this project?

Alex Kinter: The creative process was structured yet very relaxed at times. I would meet up with Erik and go over the story and the script over lunch and a couple of cocktails. We would collaborate on Celtx and then meetup and discuss cool ideas for the film and how we could fit them in. He also had a great writer group and they would help us with feedback and polish up the script.

Q. The cinematography is stunning in this film. Any challenges you faced while shooting indoors along the poolside?

Alex Kinter: I’m glad you like it! Yes, there were some challenges for sure haha. Well first of all I want to thank some of our partners over at Food Dance Films, 4:4:4 camera and The Electric Light and Power Company for making sure we had the best equipment for this film. At times the shoot was difficult due to the dimensions of the rooms and hallways we filmed in. When you have all the gear setup with lights and 2 cameras with big lenses and crew, it can make even the largest of spaces seem small. So with confined spaces, it definitely proved to be challenging to have a safe shoot while making sure framing was on point.

Q. The film has won numerous awards. You must be having a busy award season. What are you and your team feeling right now about this project?

Alex Kinter: It’s been doing well and we’re so excited about it. Mainly because it has taken so long to get to this point. Over 4 years to make this thing fully happen and so we are enjoying the fruits of our labor for sure. It’s nice to receive some recognition after pouring so much blood, sweat and tears into something. Also, it’s nice to know that we are honoring our dear departed friend and co-director Erik Schuessler by winning awards and making sure it gets out there.

Q.  Did you think that your project will reach such heights in such a short period of time?

Alex Kinter: Well to be honest… no. The project was so far behind and a major partner in the film passed away so we were kind of down about it and didn’t really have any kind of expectation. It was a nice surprise to see it well received in LA, NYC and several European countries early on.

Q. Any tips or advice for filmmakers who are willing to start out in this field?

Alex Kinter: It’s not for the faint of heart and you have to have thick skin and be willing to endure some bumps bruises and cuts here and there. Sometimes not just figuratively either haha. It’s hard work! But the more you respect your own craft and the more you put in to it by putting in the time, effort, investment and building up experience… it will eventually start paying off more and more. Directly or indirectly. It truly doesn’t happen overnight until it does and you look back how far you have come.

Q. What’s next? What are you working on now?

Alex Kinter: I’m working on a slate of films to direct and produce with some people I like working with. Right now, there are several feature film scripts we have in our possession and we are getting ready to start developing these projects and potentially bring some investors and partners onboard. In the mean time I am keeping my self-busy with commercial video production projects and I’m also trading forex, stocks, and crypto. Just started working on a fintech podcast with my friend and colleague David McKay. We are looking forward to bringing quite a bit into fruition soon.

Q. Lastly, as we ask all our guests on Just Fame. Any closing thoughts that you would like to share with the world and our readers?

Alex Kinter: Be on the lookout for “Poolside” coming to a film festival near you! You can stream it on https://Xerb.TV under various blocks and film festival channels. It premiered and won Best Mystery Short at Independent Shorts Awards and streamed on the ISA film festival channel on the platform. Recently it was on also Indie Shorts Awards New York under the “A Star is Born” block and the Indie Shorts Awards Cannes channel under the “Experimental” block. To see more information about the short film check out the film website at http://aloneatthepool.com and follow the film on social media @filmpoolside

As an award-winning director and cinematographer, Alex Kinter brings his unique and highly visual storytelling prowess to everything from digital photography and commercial video production to music videos and films. For 15 years, he has worked as a freelancer for a diverse variety of clients. Over the last five years, Alex founded and developed Solarity Studios from its beginnings in a loft space to a 25,000-square-foot commercial video production powerhouse with offices in Dallas and LA. He has enjoyed partnerships with Bain & Company, Lookhu, amongst other, Buzznog, Will Smith’s app development company.

POOLSIDE accounts the haunting moments of a 1950’s high society woman struggling with keeping her sanity while isolated at her indoor pool. The idealistic background acts as a stark contrast to the dark concepts, swimming through this candid unraveling of a woman alone, trying to understand the voices she hears underwater. . Self-doubt, addiction, loss, and fear are just a few of the emotions she struggles with while coming to terms with her unimaginable situation.

POOLSIDE has won numerous awards out of which few special mentions are shared here: