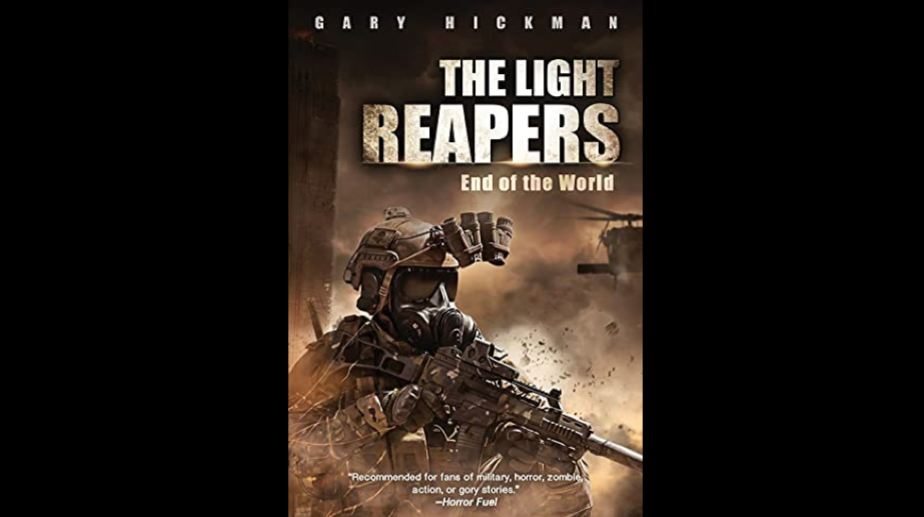 About the book: Inspired by real-life tactics during combat, the novel The Light Reapers: End of the World follows a team of Special Ops soldiers who are deployed to a terrorist lab in Turkey to obtain a virus being altered. Led by Captain Marcus Webb (black soldier from Philly) and Master Sergeant Alec Priest (bald, full length grey beard) the team finds the lab vacant except for the remaining service people who are acting hostile and attack the team.

About the author: Born into a violent childhood, Gary was always seeking refuge somewhere. This led him to join the military and was assigned to the 101st Airborne. Serving in Desert Storm, he was then recruited by a security contract company. Gary performed clandestine missions overseas for a number of years, but finally settled down. He is now the Director of Operations for an IT company in Northern VA. He has been a martial arts/self-defense instructor for twelve years. Gary is also the driving force behind Reap the Light. A music project that exposes metal/hard rock to new generations while supporting important causes. By supporting this project, you’ll be providing help to victims of Domestic Violence, PTSD and depression as well as musicians and artists. Gary writes all lyrics for each song as well as arrangements, producing and mixing. When not working, he spends time with his wife Wendy and their three kids; Carly, Noah and their boxer Mingo. Gary lives with his family in central Maryland.

You can access the Reap the Light FB here: https://www.facebook.com/ReaptheLight

The book is currently available on Amazon and all leading online bookstores.

+ posts
In this article:end of the world, gary hickman, new book, the light reapers