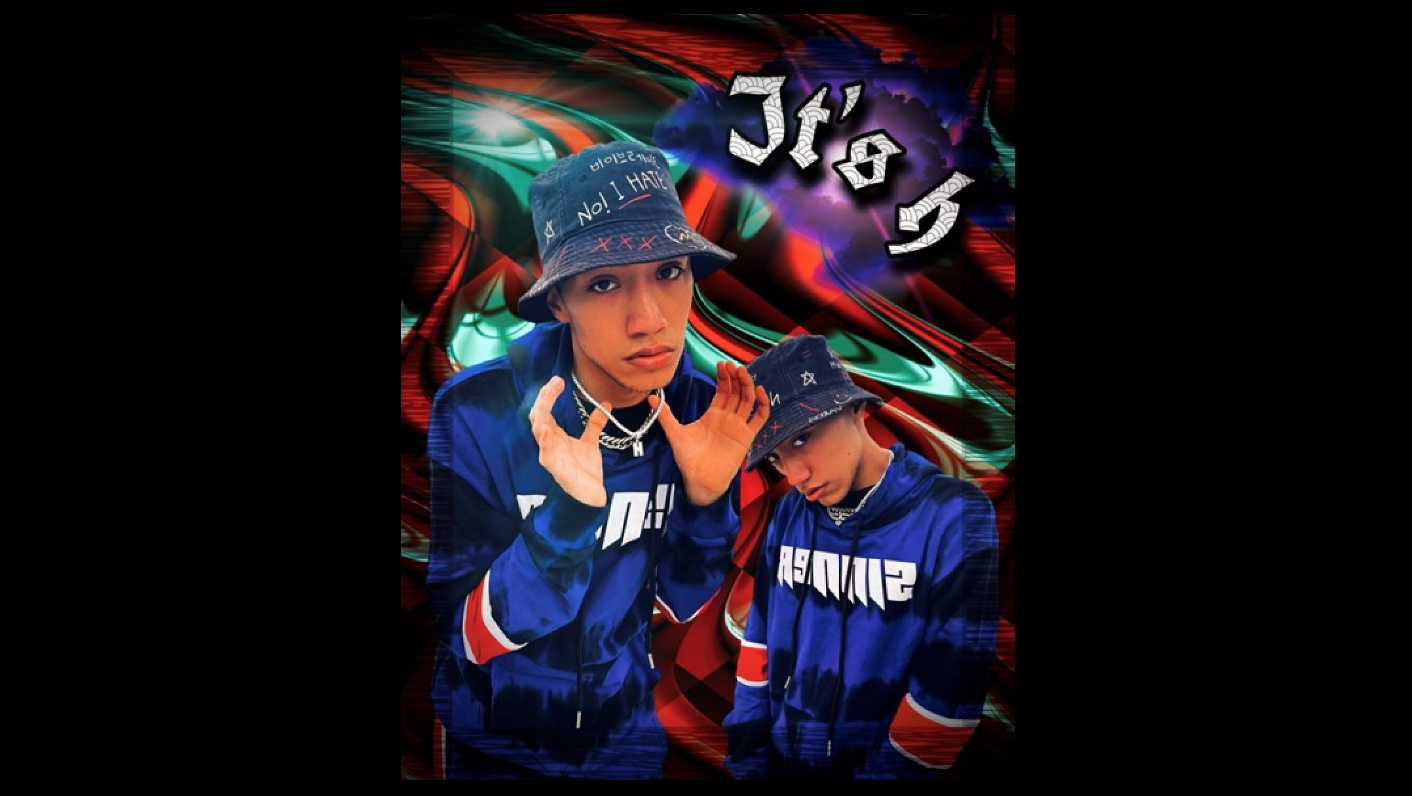 The world has been introduced to several musicians in history, at present and definitely in future as well. In every era, music has some flavor, type, and essence of uniqueness. Even at present, we do have musicians and bands that are doing an amazing job.

However, still, there is some curtain start who needs to come out and shine. H.. Haagenti is one such soulful singer, songwriter and dancer who has a specific vision. The young talent coming from the small town of Bay City, TX is all set to put the stage on fire.

He is the one who has been struggling with his ideas and progression since childhood. It is his persistence and love for the art that made him follow the legends in music and take inspiration from them.

BEING ARTISTIC FROM THE BEGINNING

H did not evolve music and art out of nowhere in him. It has a process of evolution and getting stronger day by day. The very first thing that caught his attention was the music videos that made him step forward and imagine imitating these videos. The lights, camera, choreography, expressions, beats, lyrics and everything attracted H and inspired him.

He was not only good at watching and learning steps but to the beats and recreating them at the same time. It was something that takes him out of a specific zone. For H, music was an escape from the conventional setup, and it became his word of expression as well.

Songwriting, choreography, and music composition together helped H to make his ideas vocal. Giving voices to the people who are unable to deal with these problems and still stuck somewhere became his mission. What he believes is to deliver every feeling through his artwork. Addressing the audience and letting them know what he feels is more important to him.

The artistic talent is launching himself officially in 2022 with his album, mixtapes and much more. It is as his struggle from the past years is going to pay off in real-time for sure. With a team member Aaron Beats in Houston at AR records, H is working on his recent launch with full energy.

H is excited about is debuted and making all preparations to make it even better. His inspiration is Michael Jackson. From his inspiration, he got the power and energy to perform on stage with a spark that will make people believe in you and your dreams as well.

PLAN FOR MORE IN FUTURE

Music, dance, and songwriting is not the end but a beginning for H to start up his multiple businesses. Being an artist, he is more into creating his clothing line. It will not be like any regular franchise but an initiative to bring a new fashion into town. The artist has plans to launch it by the start of the year 2022 under the name CF.

However, it is the beginning of most of the things for H, but still, people are expecting him with a big bang. There is no doubt that the energy and ambitions of the artists are like a fresh wave for us.

We had the opportunity to speak with H. Haagenti over the phone and ask a few questions:

Where are you from?

How old are you?

When did you start making music?

I started writing music around age 16, and fully came into my element around 18.

How serious are you about your career?

I am very serious about my music career. I aspire to be one of the greats in the music world. I’ve grown up watching stars on MTV and VH1 since I was a toddler. and have always dreamed to portray that same iconic-ness thru dance and style. I’m a choreographer in my hometown and have always loved dancing since I was young. I will be incorporating an alternative dance style into all my sets and live performances with a dose of theatre. I have whole choreography, sets, ideas, and designs ready for action. I have the drive and passion to succeed.

Have you ever thought about quitting music?

I actually have thought about quitting music, but I would never actually bring myself to do it. I’ve told a couple of people this, but I’ve always said mainly to myself. if I was to never “pop-off” or never “become big” I would simply keep doing music. Music isn’t just something I do for popularity or a style contest, for me, it’s much more, I look at music as a scapegoat to the hardships of life. I love the different vibes every genre brings and how they invoke different emotions. I’ve always thought it was amazing how someone can relate a song to a period of time in their life. It just shows how memorable songs can be to a person’s psyche.

Who inspires you the most?

I have many inspirations in the music world. I’d have to say some of my biggest inspirations are Beyoncé, Lady Gaga, MJ, Usher, Nicki Minaj. I love their charisma, & the stage presence. I’ve watched many of these stars throughout my life and aspire to be a pinch of their greatness. Yes, all mainstream stars, but rookies learn from the greats and I aspire to be great.

What got you into making music?

I’ve listened to music since I was a toddler. I would steal my mom’s CD case and shuffle albums and artists. “Rock Steady” by No Doubt. Evanescence. 50 Cent. Sean Paul. etc I would jump from couch-to-couch dancing and performing word for word.

Who is your favorite producer?

Currently one of my favorite producers has to be Daytrip I love his style and the overall person he’s dope.

What is one of your best songs/beats?

Honestly, I suck at judging my songs. Some I may love and others people may dislike. But overall, I’ve got a lot of good feedback on my upcoming single “My World” I’d like to say it’s one of my best now.

Are you signed to a record or label?

I am currently an unsigned artist looking for label endorsement and a team!

Have you ever performed?

I have never actually performed my music live. I haven’t even debuted yet. But I have performed many times in front of large groups through dance breaks and dance performances.

Who would you most likely collaborate with?

In the future, I want to keep my collaboration circle low. I just think nowadays everyone wants to collaborate so often it means nothing special anymore. When I do collaborate with someone, I want it to feel like a very special moment.

If you could open for any artist, who would it be?

I’d love to open for artists like Post Malone. I love that fan base and overall vibe of people.

Can you tell us more about you?

For this Era, my stage name is H. Haagenti.

I was born and raised in a bit of community on the outskirts of Bay City, Texas. It’s about an hour’s drive south of Houston. In my city, I’m a choreographer and entrepreneur with aspirations to create a few enterprises shortly.

I’ve been composing music since I was about 16 years old. I’ll be releasing my first project around the beginning of 2022, so stay tuned!

MJ has to be one of my main influences. As an artist or performer, Michael Jackson should always be the first person you think of when looking for a general superstar blueprint. He demonstrated how much enthusiasm one might have when performing and listening to music to his followers and peers.

A few producers have told me I’m a genre-bender. I’m the sort of person that despises being restricted or having to stick to a schedule. Making plans is beneficial, and understanding what you want is essential. But I always like to leave fate to serendipity. I seldom go into a writing session expecting to get something specific. “I don’t write the song; the song writes itself,” I usually say, and I honestly believe it. As a painter, I regard a rhythm as an open canvas. My lyrics are the strokes on the canvas, my tone and pitch are the colors, and I, the artist, am the paintbrush. It’s all in the hands of fate. Even though I have gone into beats with themes before, I rarely do it now.

I want to be immersed in every aspect of my art and career in the future. Every video concept comes from me, and I also want to co-direct every video. My tours are even co-produced. Although I have not yet launched, my videos will be high-budget and feature plots and background dancers. I want to take my art to the next level.

I’m currently an unsigned artist in search of a label and a team!

I’m not in a rush, & I’m not in any hurry. I’m looking for a decent deal, not one that won’t benefit me in the long term. So I believe that waiting is preferable to taking a chance. My conduct, I feel, is worthwhile.

I want to be immersed in all aspects of my art and career in the future. Every video concept comes from me, and I’d like to co-direct each one. My tours are also co-produced. Although I have yet to make my debut, my videos will be high-budget and have plots and background dancers. I want to take my art to the next level.

I’m currently an unsigned musician in search of a label and a team.

I’m not in a hurry. I’m looking for a decent offer, not one that won’t be beneficial to me in the long term. As a result, I believe that waiting is preferable to taking a chance. My deed, I feel, is justified.

My closest friends have to be my most ardent advocates. They are everything to me, from knowing my songs to singing along with me. They are, without a doubt, my most passionate fans! They are one of the reasons I never stop, and they make it a point to remind me of my identity.

Through each mixtape and album, I aim to create stories with my music. Many people have joked that I had “many personalities” throughout my life. Therefore, I’ve converted it into an artistic expression through alter egos. Every era/album will be titled after one of H’s alternate personalities. H is the only letter in my official musician name. I’m H, but I’m also Haagenti, and Haagenti is a part of H. Through a letter that speaks for all of them and who I am as a person emotionally, H stands for not one but many, many alter identities.

In five years, I envision myself as established. I’m not positive of anything; all I know is that I’ll be established. I aspire to excel in whatever I do, including music, business, and art. Never become stuck in a rut. But I’m willing to ride out whatever life has in store for me.