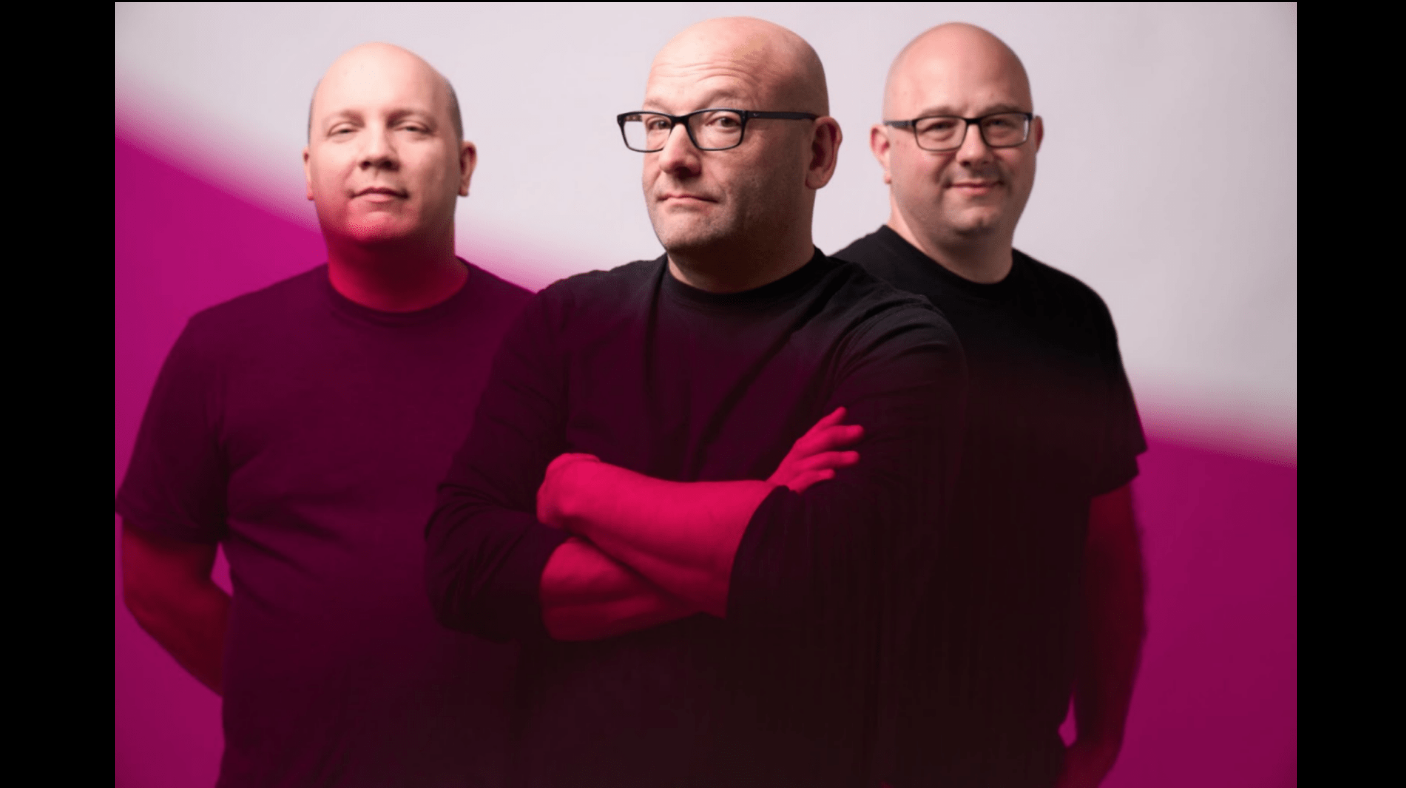 If 2021 was the year when Robotic Hawks took flight, then this is the one where they make sure everything’s alright back at the nest.

The New Hampshire power-pop trio deliver their first new music of 2022 with a cruising new single called “Gravity.” The follow-up to a trio of infectious releases last year, “Gravity” hits the streams on Friday, May 13, backed with a feisty cover of Agent Orange’s 1986 mainstay “Fire In The Rain.” While somehow retaining Robotic Hawks’ growing penchant for guitar-pop earworms that feel both classic and modern in nature, “Gravity” is, at its core, a love song.

“‘Gravity’ is my version of a love song to my wife and kids,” says Robotic Hawks’ vocalist and bassist Tyler Pollard. “I have written some of the shittiest love songs you’ll never want to hear, but some of them actually worked from time to time. However, when you are writing a love song to the woman who agreed to marry you, you have to make damn sure that it’s not embarrassing, because she will call you out on it. So, that was my main goal: Write a song that won’t make me the target of ridicule in my home. I also wanted to leave a little message to my kids for when they’re ready to hear it. I want my boys to have a glimpse into who I am and how I always felt about them and their mom.”

That’s pretty sweet stuff, though on the surface,”Gravity” wouldn’t seem out of place alongside familiars from the bands Robotic Hawks often get compared to, like The Replacements, XTC, The Nils, and Superdrag. Though unlike the band’s recent singles, which over the past 12 months earned global airplay on both terrestrial and satellite radio and blog hype in New England and beyond, this one won’t make it into the Robotic Hawks’ live set. The trio’s next public appearances are May 14 at Somerville Porchfest, the day after the release of “Gravity,” and June 21 at The Midway Cafe in Jamaica Plain.

“‘Gravity’ is a complicated addition to our catalog,” says Pollard. “Currently, there are no plans to ever play this song live. This release was about finishing an idea and working through it together. ‘Gravity’ is us trying to branch out and feel like we can do more than just the Full Throttle rock band thing if we want to…I fought long and hard for this song to stay alive and to get it finished. I had the swing and rhythm of it in my head, but I was having a hard time communicating what I wanted without our drummer Brian [Sturk] present. The guitarist Shawn [Doherty] and I made the original demo last year using a drum machine just so we could have the structure down for when Brian returned from lockdown. When Brian returned, we worked through this one over and over until it made sense and had a reason to live. The music came first and somewhere along the line I decided this was to be a love song. It didn’t sound like a love song, which is exactly why I wanted to make it into one.”

And it’s got one ripping guitar solo, courtesy of Doherty. Adds Pollard: “The guitar solo is ridiculous by design. The song takes you somewhere else for a few measures. Stratosphere baby, stratosphere. Shawn has had no shortage of very tasteful solos, but this one is my favorite to date. The solo on this song is muscular, spacey, a bit nerdy and unforgettable.”

One additional single, due later this year, will help complete Robotic Hawks’ EP package rollout of five new tracks to celebrate this new era of the band. And that one, like “Gravity” now and the trio that came before it, all have two things in common. One, they’re all catchier than Jackie Bradley Jr. roaming the Fenway Park outfield, and two, they all were released with companion cover songs: May’s “Forward Motion” and “Security”, a cover of the Otis Redding song made famous by Thane Russal & Three; October’s anthemic “Ansonia” and Graham Parker’s “You Hit The Spot”; plus December’s slinky “Quitter” and R.E.M.and The Clique’s “Superman.”

Here, it’s Agent Orange’s “Fire In The Rain,” a sonic rager that fits the casual sweat and fury of the Robotic Hawks sound. Pollard first covered it with his high school band M.F.P. back in 1989, and after the band reformed for a reunion show in Japan in 2018, the subject of 2020 mini-documentary Music For People In Japan, he decided to dust it off and bring it into the Hawks’ world. As an added connection, Pollard’s former M.F.P. bandmate, Andrew James King, has produced and mixed all the Robotic Hawks tracks over the past year.

“We decided at the onset of these A/B Side single releases to add the challenge of finding the right cover to pair with our original songs,” admits Pollard. “We all love the process of learning and adapting a cover to what we think our strengths are as a band; power, melody and enthusiasm. We’re not under the delusion that we do these songs better than the original artists, but we do think that our aesthetic can bring new facets of the song to light. You can learn a lot about a band from how they cover a song.”

You can also learn a lot about a band from their ability to pull off a love song. And “Gravity” oozes out of the speakers with relative cool. “It’s really all about trying to avoid ridicule at home,” Pollard says. “Full disclosure, my wife likes the song and appreciates that it’s not corny. Phew!”