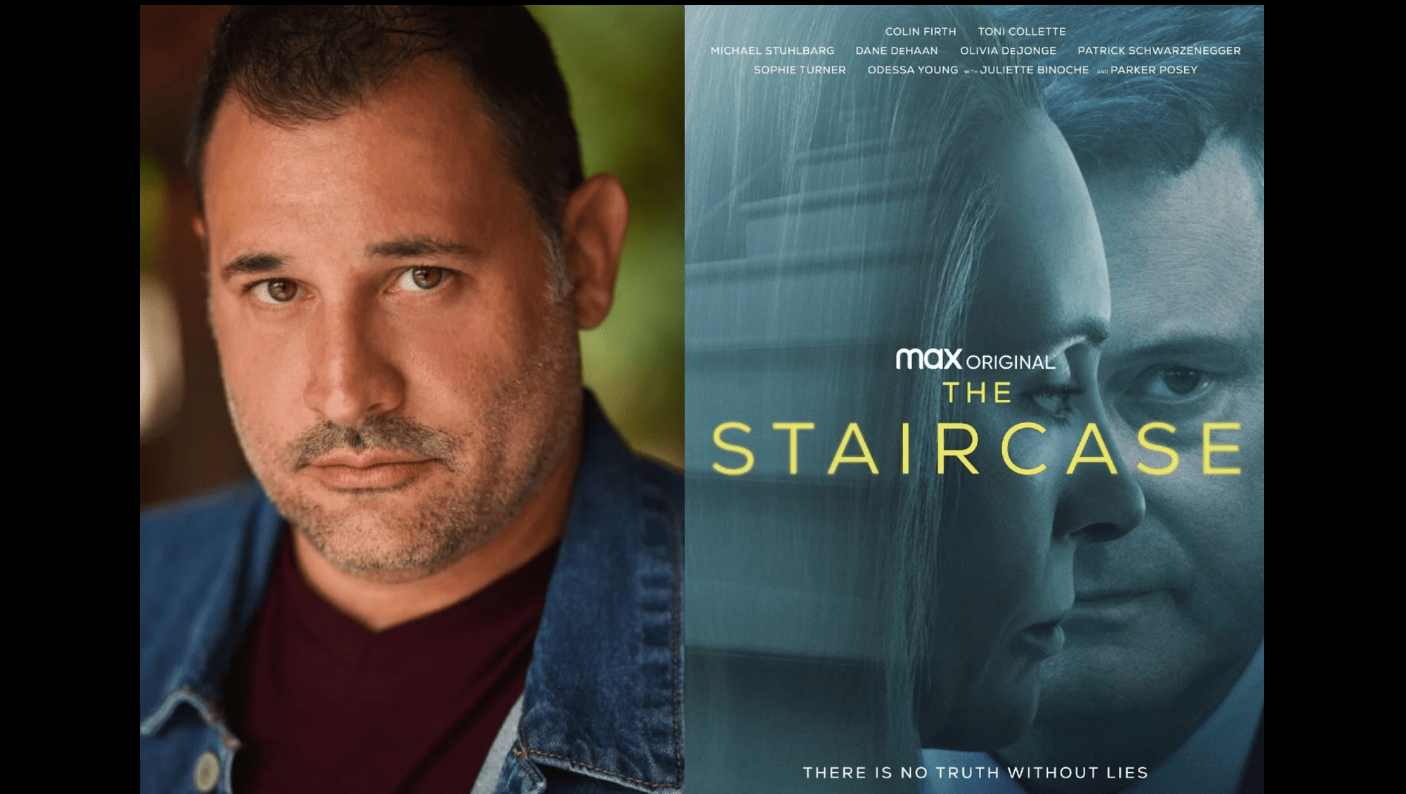 Adam Miele is an Italian-American actor currently rising in the film industry. Adam has appeared in a variety of films, tv-series and commercials. He recently starred in ‘The Staircase’, a new TV-Series that was recently aired HBO MAX! The TV-Series which is currently ranking on top 10 of IMDB popularity, is a Biography, Crime, Drama and based on the true story of Michael Peterson. The TV-Series star studded cast of actors including Colin Firth, Parker Posey,  Toni Collette, Patrick Schwarzenegger, and Sophie Turner. Read below as Adam shares with us exclusively his experience on set!

Actor Adam Miele Talks shares his experience on ‘The Staircase’ & meeting the cast:

“I had an absolute blast! There was one serious moment, where it could have become critical, which I’ll explain later. Now, I did have the honor and luxury of meeting and networking with other wonderful cast and crew members. In my first scene on set, I did not know who was cast as the main character. Unless it is posted, I don’t generally dig in on that. So, that being said, I literally meet the main character, Mr. Colin Firth, by bumping into him! He is an absolutely wonderful, humble, and extremely talented actor!! We were doing the internal prison cafeteria scene and I was standing on my mark, in the aisleway. I spun around and bam, my shoulder hit his! Now, he was in makeup, like he was already in a fight and had his face shield on. (covid protocols). We both extended arms, apologizing to the other. I was trying to say “I’m so sorry” quicker… Lol. Then I kind of stopped mid sentence, and looked at him like, wait..you’re… He just smirked and assured me it was alright, while I genuinely apologized yet again. We all went on to have a long night of filming. However, a handful of the scenes, I’m close to or at the same table as Mr. Firth. He treated us so wonderfully, talking of previous movie stories of his, eating worse food (than the onset cafeteria prison food) growing up in his school days in England, asking us about us, etc. It was just a great filming experience!

Now the one moment I spoke of earlier. Our lunch break was quite late in the day, almost early morning time. We were a few blocks away, in holding. The set up was just a big tent and folding tables/chairs. I grabbed my food choices and proceeded closer to the back, then thought, I’m going to move further up. Another gentleman eventually sat next to me and started in on his food too. All was going well. Now, have you ever seen something happen out of the corner of your eye and think, that didn’t look right. The gentleman that sat next to me, made some sudden moves, abruptly stood up leaning over. I looked over asking if he was okay and all he could do was shake his head. He was choking on his steak. I jumped up, repeatedly slamming an open palm to his mid back region. I quickly glanced over to see if that dislodged the item and it did not. I then moved into the Heimlich maneuver and was able to dislodge the food. These are those moments that happen, where I can’t help but think, why did something tell me to move seats? What if he sat elsewhere, could someone have helped him? I also failed to mention that I am a former EMT. I’m not pushing or judging others on faith, just my own opinions here, but I do believe God played a strategic hand here. That gentleman and I stayed in contact, connected via social media and have stayed friends since.”  – Adam Miele

OTHER UPCOMING RELEASES ON HBO: Adam Miele is also confirmed to star in another HBO series called ‘Broken Seeds’  that is also set for release in May 2022! Make sure you check it out and follow actor Adam Miele below on his official social media sites to keep up!

In this article:Adam Miele, HBO MAX, The Staircase