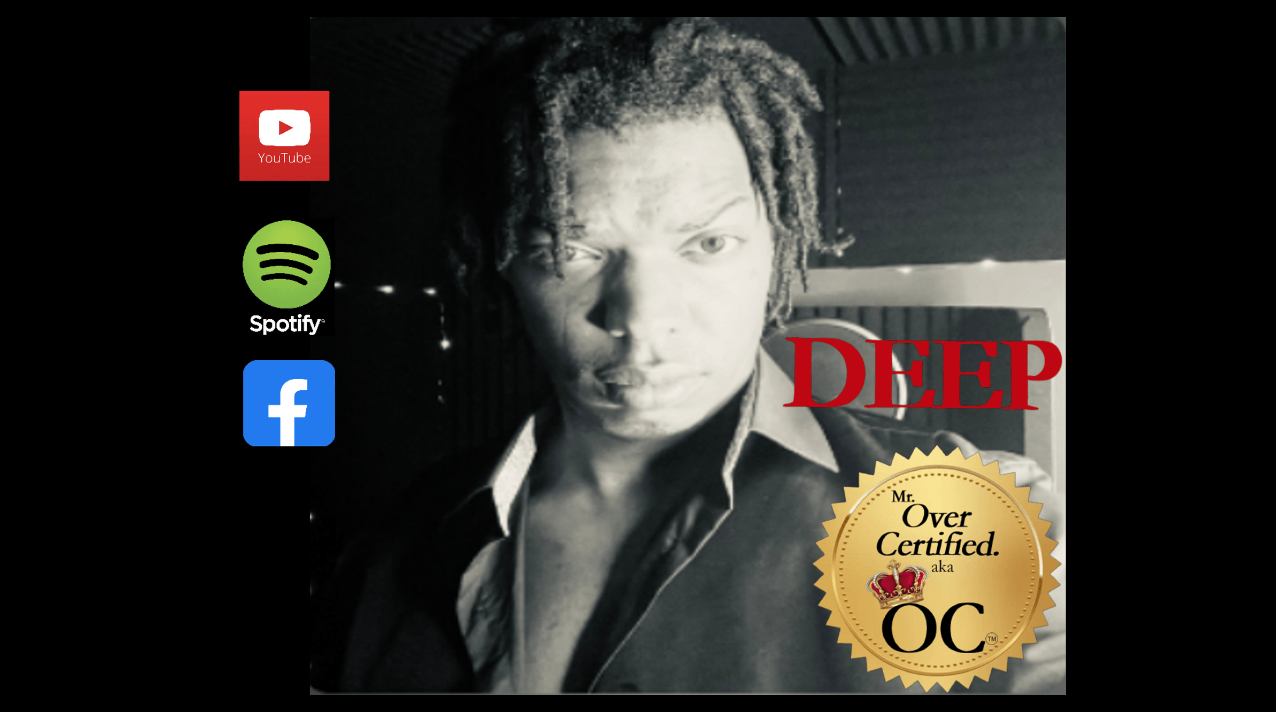 Cyclone bomb, I will always remember where I was Christmas 2022. The first Christmas after all lockdown restrictions were lifted. Then we were hit with the storm of a generation. It was as if the heavens opened up and demanded our attention. After the storm passed, we were left to dig deep, breathe deep, and finally exhale deep. “Deep” opens with a tantalizing musical intro of soft electro harps followed by an exciting verbal raggaeton inspired invitation by this lyrical virtuoso calling us to listen “Deep”. Mr Over Certified AKA OC’s™️ vocals snatches the ear by the hand with the dropping of the 1st bar and leads the listener deep into explosive inner discovery. Over certified AKA OC™️ strips back the inhibitions and penetrates deep in the mind with his runaway hit of the year. After being held captive in the seductive siren call of this over certified crooner from Chicago. The spine receives an orgasmic rush with the drop of the baseline that accentuates the luscious lyrics that leap from Over Certified ‘s lovely lips. “Deep” is like a heart seeking missile on a mission to seek and destroy the loneliness that hides in every heart.

Over certified AKA OC™️ with his divine voice, sensuous tone, and coquettish cadence has blown through the windy city, leaving a legion of loyal listeners of the Chicago fierce female radio network craving for OC™️. So much so that the shows devoted fans called in making Over Certified AKA OC™️ the most requested new artist of the month, keeping his addictive hit song “Deep” in heavy rotation for 5 straight days. This instant fame landed the gorgeous vocalist to number nine on the BMS Chicago Radio Network charts and rising with heavy rotation for four consecutive weeks. For the first time in my life, I found an artist who I can tolerate ranking above the Queen Bee herself, her royal highness Beyoncé, who’s hit song “cuff it” charted at number ten. Over Certified AKA OC™️ has proven with his debut single “Deep” that he is definitely destined for record setting commercial success as an artist.

Announced by a Christmas cyclone bomb, this rising Christmas star’s name has been written in the heavens. Over Certified AKA OC™️ debut single “Deep” earned its place deep in our hearts as winner of Just Fame 2023 rising artists of the year. For a deeper musical experience and a taste of fresh fame, be sure to listen to God’s gift entitled “Deep” by Over Certified AKA OC™️

In this article:artist, Music, news, Over Certified AKA OC, trending