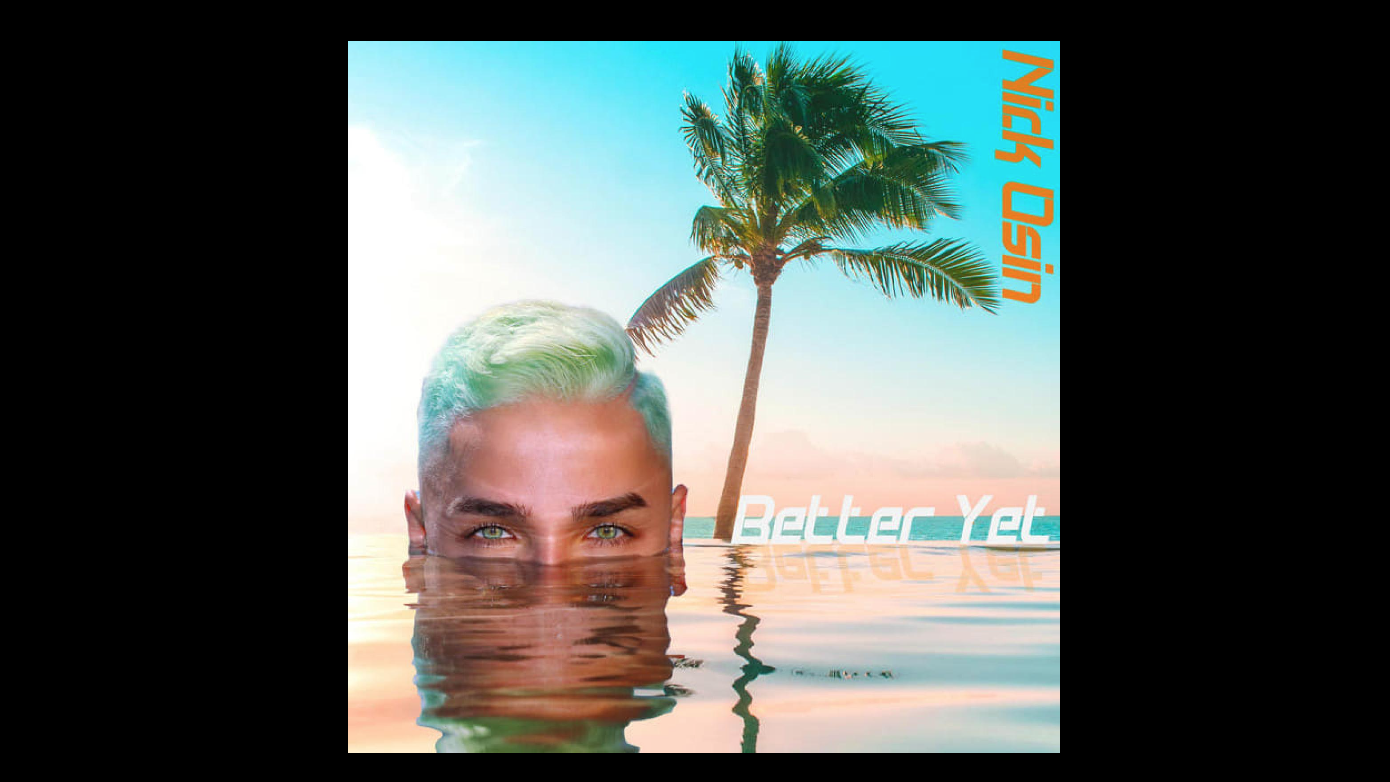 Nick Osin began performing on stage as a child, which led him to participate in the Ukraine vocalist TV show Hochu K Meldadze. The show gave Osin incredible exposure and confidence to continue pursuing a career in music. The dancer and singer-songwriter prides himself on his powerful performance abilities and captivating stage presence.

Now releasing his lush and exciting debut single, “Better Yet,” listeners are able to form a solid introduction with the young singer-songwriter as he delivers a mesmerizing performance alongside his bouncy sonics. We love the uplifting tone of this single, as it not only showcases what Nick Osin is all about but also leaves us feeling rejuvenated and ready to jump over any hurdles to reach our dreams.

Taking the single for a spin, “Better Yet” opens with short keyboard bursts and a distant vocal sample that enhances the song’s bright and brilliant atmosphere. As Nick Osin jumps in on the first verse, he begins to expand on a love that’s no good for him. While finally feeling free after fleeing from said relationship, he continues to touch on how he’s flying solo for the better.

We’re head over heels for the vibrant electronic soundscape that Nick Osin has placed into this single, as the energetic and melodic beat drop perfectly enhances his newfound path. As he grooves his way to the song’s end, Nick Osin closes the track on a note of independence and self-sufficiency.

Take a leap of faith with Nick Osin’s uplifting debut single, “Better Yet,” now available on all digital streaming platforms.

Congratulations on the release of your feel-good debut single, “Better Yet.” Why did you want this song to lead the way of your solo career and be your big debut?

I chose the song “Better Yet” as my debut single because as a newly independent artist, I wanted to highlight my character to the world. Becoming an artist is challenging and I feel this single shows my personality. I hope this song inspires others to be strong, courageous, and empowered. I’ve always preached, surround yourself only with those who elevate you and release positivity.

What inspired the bold and self-sufficient lyrical concept within your single “Better Yet”?

Being in a long-term relationship gave me a lot of perspective on love. I never realized how emotionally powerful, yet beautiful and damaging it can be. This single is based on personal experience and relationships. I was inspired to write the single “Better Yet” reminding others to not let anybody control you or your life. Remember, focus on what’s best for you and your future. My line “Better yet baby, stop calling me, better yet baby, you know I’m doing me” is my favorite line in my single and speaks for itself.

Did you produce the powerful and groovy electronic sonics yourself for “Better Yet”? Or did you team up with any producers to help navigate the song’s vibe and atmosphere?

At the beginning of my career, I was looking for a producer with who I can connect with and I accidentally found Adrian Jauregui an Independent artist I admired. I immediately reached out to him and we connected fast #goodpeoplevibe #goodenergy. He helped me produce and license a track and co-write lyrics because English isn’t my first language. I’m super grateful for all the help. I recorded the track in Los Angeles at Golden Impala Studios with a great producer by the name of Julian who mastered the track. Amazing people come along as soon as you begin putting in work and go for it.

Now that you’ve released your debut single, “Better Yet,” could you help our readers get to know you better? What do you want to represent as an artist, and how does your music reflect that?

Life, in general, has been challenging, I moved across the world from the Ukraine at the age of 16 by myself to the United States and didn’t know anybody. I’ve worked hard to build a name for myself and value every struggle and lesson life has taught me to this point. My music and art represent positivity, strength, and self-growth. I want people to feel empowered and strong. My music is aimed to inspire you to have the freedom to be yourself and live your best life. I can’t wait to finish writing my album and begin touring so I can see everyone dance and celebrate life.

What’s next for you?

Currently, I’m in the process of writing my first album. I’m at a stage in my career where I feel inspired and focused. I hope once it’s done, people can connect and relate to my music. Perfection doesn’t have a definition, there is always room for improvement, so I’ll be working on getting better at my craft.