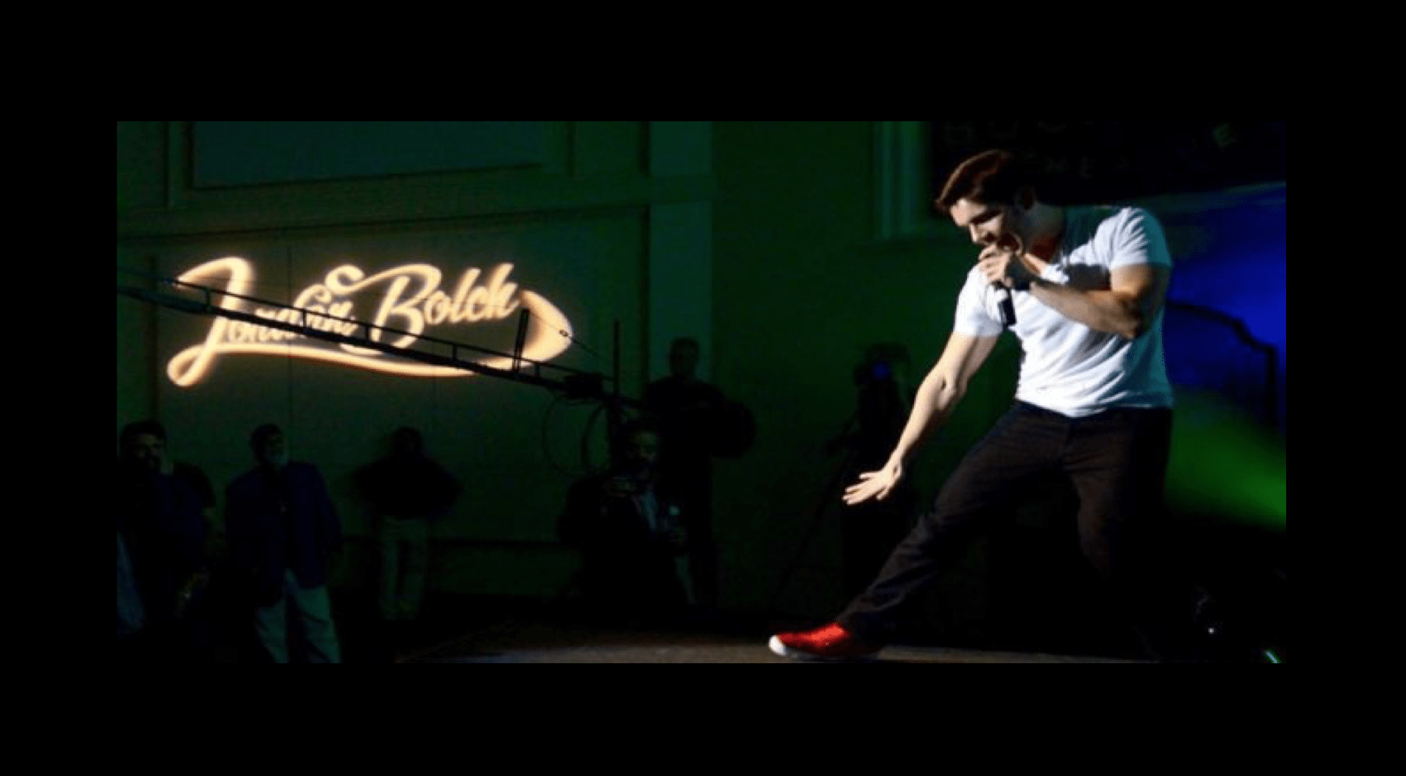 Atlanta is recognized as one of the best music cities in the world. With a rich history of music that covers gospel choirs and folk music, music producers from all genres have taken up residence in Atlanta to demonstrate their talent. Atlanta is now the epicenter of urban, rap music, jazz, and rock. The country artists and music producers who have emerged in the music scene have created new and unique musical genres. Jordan Bolch, Atlanta’s emerging singer has built a fast reputation among music elites today. There is something unusual about his musical productions. Musical diversity in Jordan’s productions has led to the freedom of creativity and expression that are the fundamental basis for creating great music and great music productions. Having a great love for music since a young age, Jordan has mastered various musical genres and is marking a dynamic career as a producer and recording artist.

Within a short period, Jordan mastered the art of production.  Explicating his role as a music producer, Jordan thinks that he is always clear about his goals. Defining the objectives and following the work plan have helped to improve his production styles and musical approaches. Being a professional music producer, he manages the creative process of making musical recordings. He also works with other artists guiding them to use modern equipment to improve recording styles. This means a competent producer spends time on the recording process. Even when songs are perfectly written and arranged in their final form, the creative process continues in the studio until the recording process finalizes. The significant phase for a music producer is mastering. This process comes just after the theme has been recorded and mixed and ensures that its reproduction is optimal on any medium or platform.

“It is the final phase in the production of an album, and it is also one of the most critical stages,” explains Jordan Bolch.

The music production is a long process and usually involves a lot of attention in all phases Jordan Bolch explains the entire production process that takes months to finalize the album.

“There is a whole job behind it — hours of editing and postproduction. The music production is a long and hectic process”- elucidated by Jordan Bolch.

Jordan Bolch finds the preproduction stage important as it helps him to design an action plan. After the composition of the themes, the producer needs an action plan to know how each theme goes with the sound. A little script provides clear ideas. Consequently, the preproduction method is convenient for the producer to take all the songs well-rehearsed. The singer gets ample time to make rehearsals before entering to record.

Jordan thinks it is useless to get to the studio unprepared. He has seen great recordings ruined as producers had no idea of how to make final successful recordings. Since recording is a technical act, the producer must be clear about his goals to avoid any mishap in production. He should have a preproduction plan that consists of his opinion and suggestion on how to make effective recordings. During this phase,  the production remains incomplete as some ideas do not get finished and need more improvement. The process of recording is the longest phase, it may take months to end a recording. To improve the quality of recordings, Jordan shorten the deadlines that have a direct impact on the quality of the product to be produced.

Jordan uses Musical Instrument Design Interface (MIDI) as it gives versatility in production. He changes the key, instrumentation, and tempo of an arrangement. It improves the pitch and intensity and volume of musical notes.

Jordan uses modern recording setups such as Microphones, Preamplifiers, Analog-digital (A/D) converters, and Digital recorders (computer fed via USB) to create harmonious sound in the recording. Moreover, the introduction of digital software into music production help producers and directors to write, record, and produce their songs to a reasonable quality. By using software such as Ableton Live or Apple’s Logic Pro X, Jordan put their beats and music together and improve the sonic quality of music. Hence, computer technology creates unique and marvelous recordings.

Once the musical track is finally recorded, the production now reaches the last phase of music production. According to Jordan, Bolch this is the stage where he gets involved with appropriate editions. After having received the recording, the musical producer adds sound effects to the musical track. The voice is edited until almost perfection is achieved.

Then he moves on to the next stage of the professional mix. At this stage, the producer along with the musical engineer works on the track. They edit the song and eliminate common mistakes such as the singer’s breathing or the odd note. Since the role of the engineer is to mix the track and improve sound quality, this implies that the recording should be done perfectly. This phase may take the longest time depending upon the quality of the production.

Jordan Bolch aim to bring variation in music productions, therefore, he teamed up with super producers, Richie Schwab and Patrick Collier. They worked in collaboration and created Auricle Studios, based in Buckhead. Auricle Studios began as a vision of Jordan as he aspires to streamline musical works and establish digital platforms that offer a massive library of songs to music lovers around the world. The digital recording studio at Auricle Studios has modern instruments that are used for making sound production, audio engineering, vocal and live instrument recording, podcast and mixing, and mastering of sounds.

The audio producer, Jordan Bolch along with an experienced team of music industry professionals employ modern instruments to either create or record a song. While making the recording, they begin with playing piano and then move on with electronic music. The musical tracks produced by Jordan Bolch are compiled with popular music genres such as drum layers, brass, orchestration, and woodwinds. All the songs comprise Rock and Roll music, a fusion of Pop, R&B, and Electronic and Dance Music.

Jordan Bolch is also running his company, the Jordan Bolch Company. He is dedicated to make positive and inspiring impactful music, music management, production, and marketing.

He is dedicated to music management, production, and marketing. The company is established to provide a modern musical approach to young artists, producers, and music companies, help them master music and refine their audio recording skills and improve their artistic and musical expression.

Jordan has mastered the art of production by employing modern art recording technologies, assembled in his company.  The set of recording equipment in the studio helps him to compose and create lyrics and tunes and capture sounds. The extensive experimentation with the best multitrack recording software has enabled Jordan Bolch to learn and implement new recording styles in his musical productions. His work on “B.U.T.R. Pt. II” tagged the Worldwide Remixes, exhibits his musical innovation. While his latest album, ‘World Tour’ is a compilation of 13 songs that shows versatility in pop music.

Jordan considers himself a recording artist and producer though his talents spread even wider. Music fans can scroll the YouTube page of Jordan Bolch to see how this emerging singer music producer and executive is demonstrating a great diversity in music genres. His ability to compose and record vocal harmony has caused his songs to go viral and spread all over the world.

Jordan Bolch continues to entertain the fans. After taking a break from music due to COVID 19 pandemics he is now back with another hit “You Got Me”. Jordan Bolch has several popular musical productions and videos, each garnering over 1 million views, and the numbers continue to rise as his fame spreads globally. He is also working on some more productions that will surely win several hearts!