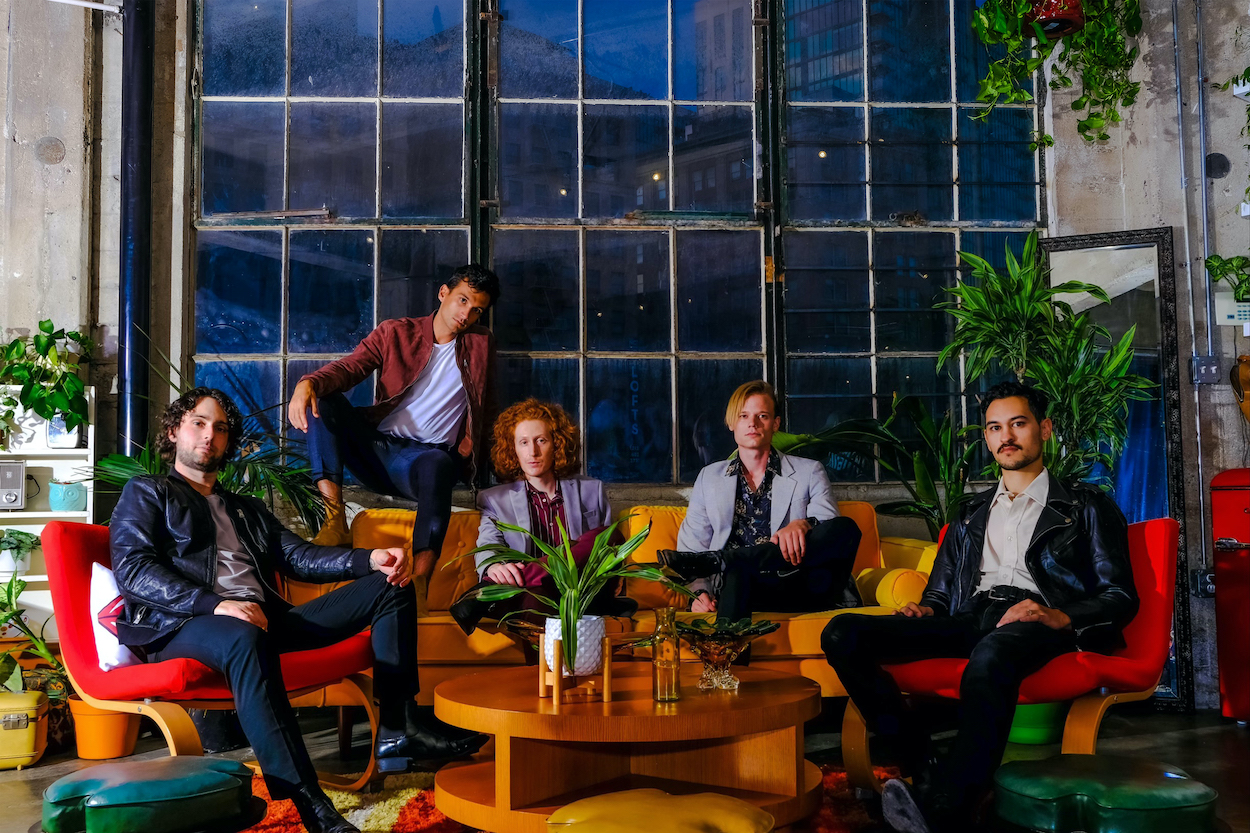 Serving as the latest in a string of single releases in anticipation of their upcoming debut album, “Faded Fire” continues to capture the emotional conflicts of love and loss through a journey of self-discovery, highlighted in the driving “Simulator,” the soulful “Mirrors” and propulsive “Pressure,” which have served as an introduction to the band’s texturally rich and well-crafted sound. Reflecting on a relationship that is slowly burning out, in the band’s own words: “‘Faded Fire’ speaks to the dichotomy of a once-happy-couple struggling to find the desire to stay together.” The breezy track effortlessly captures that lovesick feeling, weaving together soulful, three-part vocal harmonies through threads of intricate guitars, with subtle nods to funk set in a gloriously sun-drenched California soundscape.

Formed in San Diego, CA, Creature Canyon encapsulates the fiery energy of indie/alt-rock with waves of modern psychedelia. Known for their thrilling and captivating live performances, Creature Canyon — Austin Steele (vocals, guitar), Ryan Amyot (guitar), Kyle Victoria (drums), Aaron Lund (bass), and LucFralic (keyboards, percussion) — has received nods from Billboard, Paste, and many other industry tastemakers. Building upon their prior EPs Life I Know and Did You Want That, the band has made a considerable leap forward in their songwriting journey, seeking to tackle themes that deal with the emotional conflicts of love and loss through a journey of self-discovery.

Remarks is a dynamic portrayal of personal growth and reflection in the modern age. Diving into colorful and nuanced experiences that traverse through organic and synthetic soundscapes both familiar and new, the album highlights lyrics that encompass uncertainty and moments of self-realization gained by navigating the demise of a dysfunctional relationship and emerging on the other side with a newfound perspective. Set to arrive on September 2nd, the album was produced by Private Island frontman Christian Lum, engineered by Mike Schuppan (Foster The People, Young The Giant, Wolf Alice), mixed by Jordon Silva (Vance Joy, The Avett Brothers), and mastered by Brian Lucey (Cage The Elephant, Arctic Monkeys, The Black Keys).

Talking about the album, Creature Canyon say, “Creating this album has been a journey for us, both emotionally and sonically. We spent a lot of time early on in the writing process establishing a sound that collectively represented each and every member of the band. We all had equal contributions to the songwriting, pulling from each member’s past experiences to bring it all together.”

In this article:Creature Canyon, Featured, Remarks