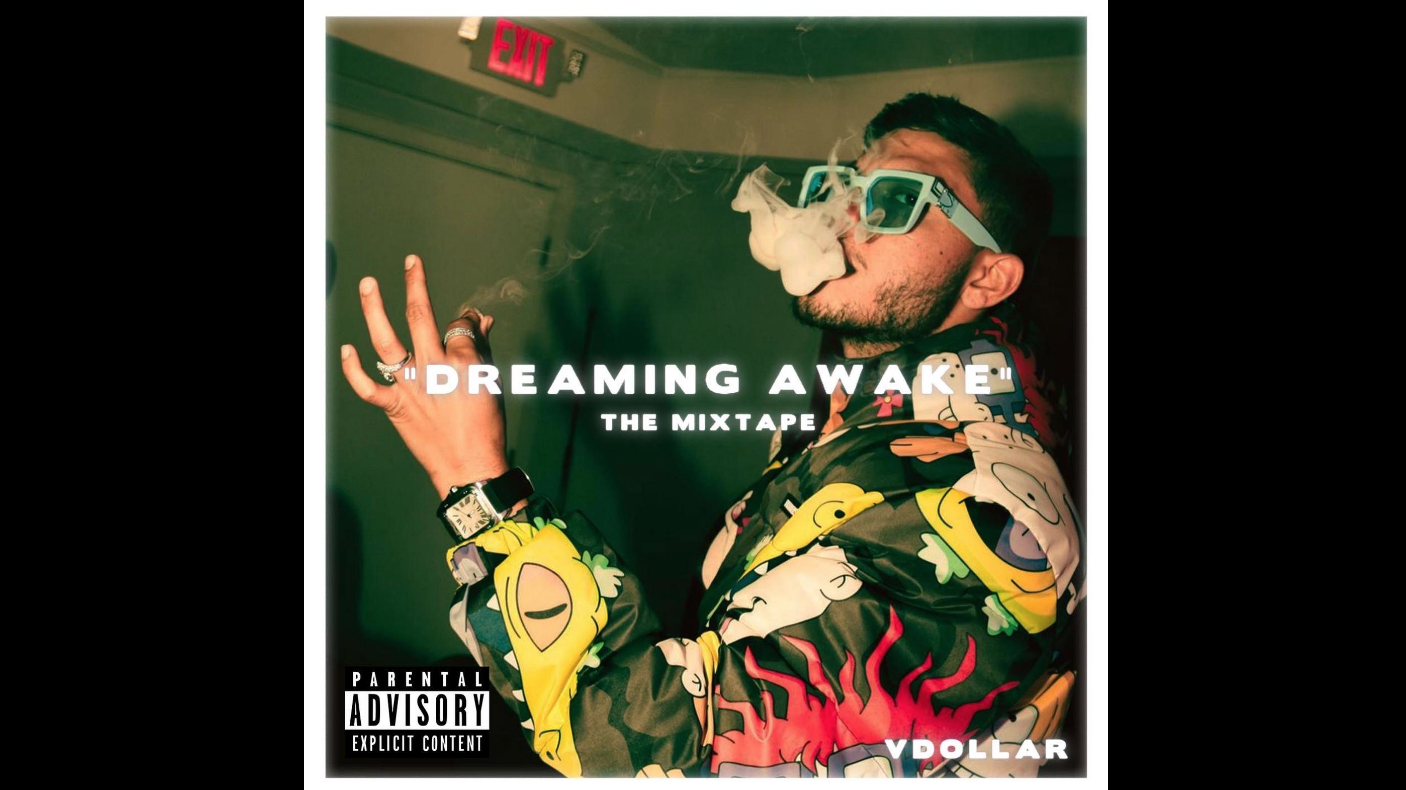 VDollar is a Venezuelan music artist based in Miami whose passion and talent for rap are making his dreams come true. When he was 14 years old, he started participating in rap battles in Maracaibo, his birth town, and exploring his potential as a rapper, to which he later decided to dedicate his full-time effort. Over 10 years of his musical career, he has achieved important goals that include the release of his debut album ‘La Vida Como Negocio’ and his participation in the national freestyle tournament RedBull Batalla de Los Gallos USA.

After living these moments that reinforced his path as an artist, VDollar decided to begin a new project as a compilation of his most recent experiences and thoughts. That’s what gave rise to his latest album titled ‘DREAMING AWAKE: The Mixtape’, inspired by the motivation of personal achievement after accomplishing things that he had only dreamed of.

The album contains 6 songs that alternate between urban themes surrounding the life of a trapper and conscious messages that seek to inspire listeners to reflect on the stories being told. The producers for this project, Dolande and Vlast, used commercial hip-hip as the main inspiration to create tracks with different styles that showcase the broad range of diversity that VDollar has as an artist while maintaining a cohesive line from beginning to end. “The goal was to combine elements from American trap with aspects from other genres to create a foundation on which I could share different perspectives of my personal experiences in a natural manner,” says VDollar.

‘DREAMING AWAKE: The Mixtape’ is available on all streaming platforms.

Visit www.vdollarmusic.com or follow VDollar on Instagram (@vdollar_) to stay updated about his next releases, events, and news.