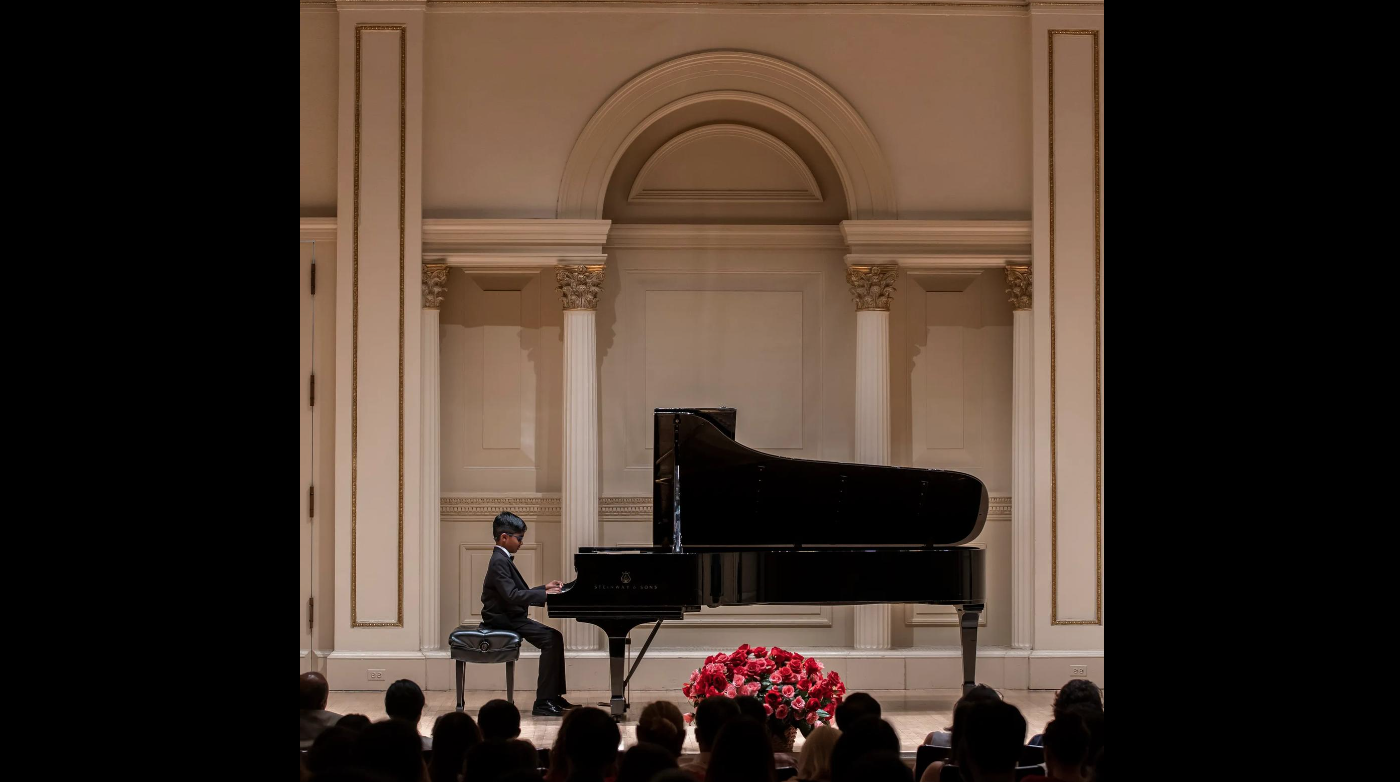 Just Fame is today reviewing the new single by an 11-year old music composer Amartya Paul. It is titled Christmas Tree and has two versions in total. The instrumental version has a stunning classical vibe. The composition is quite alluring which evokes subtle calm and tranquility.

Whereas the vocal version is sung by Viktoria Sunshine. Her passionate and soothing voice did enthrall us. And a special mention goes to Deborah Offenhauser for that riveting piano playing in both versions.

Overall, the young composer Amartya Paul did amaze us with his invigorating work in Christmas Tree. The brilliance of composing such an enigmatic tune at a young age is truly remarkable. And on top of that, the mind-blowing nuances of his work are very much audible in the entire orchestration that we can hear in both versions.

About the artist: Amartya is an 11-year-old composer who is classically trained but is influenced by many genres of music. Similarly, his composition style cuts across different genres of music, and you never know what to expect, except that it will be wonderful. He draws inspiration from various aspects of the world around him and the stories he creates. In addition to composing, Amartya plays the piano and violin. He also sings Western and Carnatic music. Over the years, Amartya has participated in various music competitions and has played at Carnegie Hall several times as well as the Royal Albert Hall and Paris Philharmonie. This included playing the piano and violin as well as playing his own composition, “The Sky, The Stars, and The Earth.”

In this article:Amartya Paul, New Music