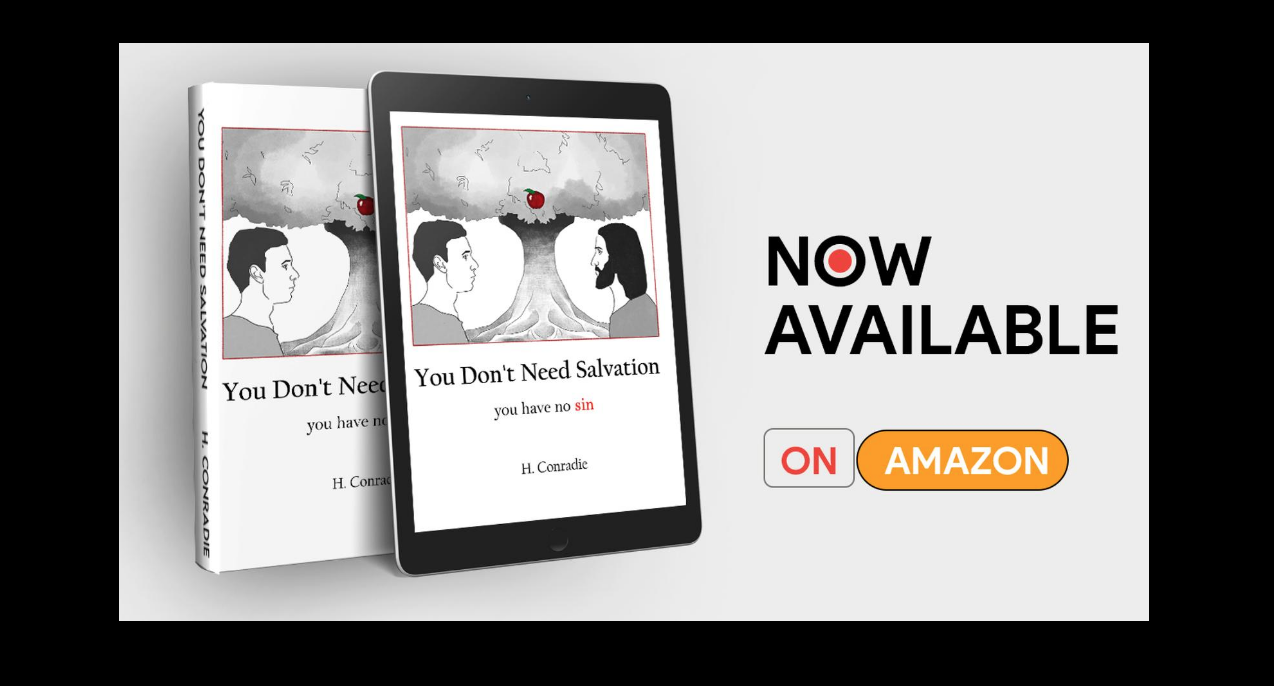 Just Fame is today featuring author H. Conradie’s new book. It is titled You Don’t Need Salvation: you have no sin and will be available on Amazon from 1st of December.

“Yes sure. The book is about the biblical problem called ‘sin’ and the solution offered. Sin can be defined as a transgression against ‘divine law’. This implies that in order to commit any transgression against divine law, the divine law needed to be given to mankind. Today we know that the story of Adam and Eve is a creation myth, as humanity is much much older than 6000 years. This implies that God never literally gave any commandments to Adam and Eve, except in the creation myth. Likewise, many aspects of the Bible is not an accurate historical account, but rather stories put together by the writers. Even the Exodus itself is not seen anymore as a literal historical happening, so even the founding myth of Israel and the story of the 10 commandments never really happened. In the book I use logic to investigate whether the Bible can be seen as the ‘Word of God’. My conclusion is that it is not, as it is not inerrant, historically inaccurate, scientifically inaccurate and the biblical solution of ‘salvation’ is based upon a problem which only exist in myth.” – H. Conradie.

The book can be purchased from Amazon!